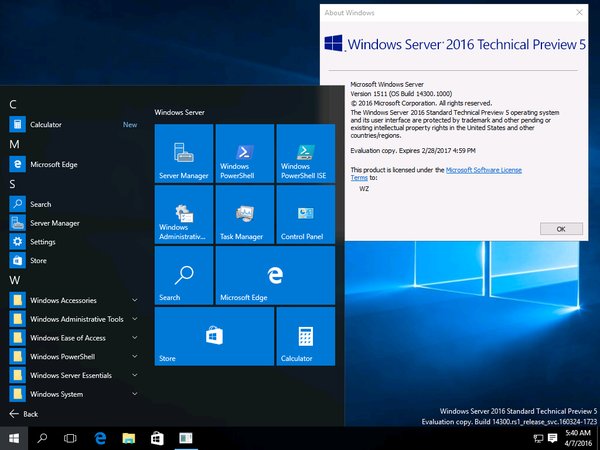 The latest version of one of Microsoft’s core business products, Windows Server, is coming out later this year (there is no exact date, just Q3), and Microsoft has just released the fifth Technical Preview so businesses can evaluate Windows Server before its launch.

This new version includes significant changes to the licensing model of Windows Server, bringing it more in line with that of many other Enterprise software solutions. This is a big change for Microsoft, and  organizations need to be aware of it. In short, Windows Sever is changing from a per-socket to per-core licensing model.

Like previous updates to Windows Server, Server 2016 relates to the latest version of Windows for PC’s, using the familiar interface of Windows 10. However, unlike previous Server updates, Microsoft is letting 2016 mature for longer, with more previews before the final launch and releasing it a year after the desktop update. Server 2016 is called a “cloud-ready operating” system by Microsoft, and is built from the ground up to support your current workloads while providing an easy path to the cloud, either completely or a hybrid cloud solution using Azure. Keep in mind, much of these additional cloud features impact the Datacenter Edition rather than Standard Edition of Windows Server.

In addition to the changes detailed above, Server 2016 also has improved security features, with new privileged identity management features. There is also a new shielded virtual machine feature, allowing user to create an encrypted VM that can only run on approved hosts, as well as additional features to protect against unknown vulnerabilities, such as application containerization. Windows Server 2016 is also more resilient with infrastructure cluster upgrades and new management features like a web-based GUI.

The other big story about Windows Server 2016 is the licensing model, moving from processors to physical cores, which, according to Microsoft, will “simplify licensing across multi-cloud environments.” Microsoft has said that the cost for servers with eight-core (or less) processors should run the same as Server 2012’s two socket price, so for some businesses this change shouldn’t make that much difference.

Where this change will have the most impact is for organizations with servers with processors with higher core counts. Unfortunately, with Intel and AMD’s latest high-end Server, CPUs having 10, 12, or even 16 cores per socket, Server licensing costs will increase when using these powerful boxes. The Core Server 2016 licenses will be sold in packs of two core licenses, with each processor needing to be licensed with to a minimum of 8-cores (even for low-end quad and hexacore CPUs). Additionally, each physical server, even ones with only one CPU, need to be licensed with a minimum of 16 cores, which as mentioned should run the same prices as the current two socket licenses.

Once you’ve purchased the required minimum, you can buy additional cores in increments of two if needed. For higher core count processors, your costs will increase. In addition to these higher costs, the complex licensing model could increase your risk of accidentally not being compliant when buying Server 2016 licenses.  Lanworks’ licensing specialists can help ensure doesn’t happen to you.

Although Windows Server 2016 is not coming out until later this year, it is important to be aware of the changes and start to prepare for them now. Let our Software Licensing Team help make the transition as easy as possible.