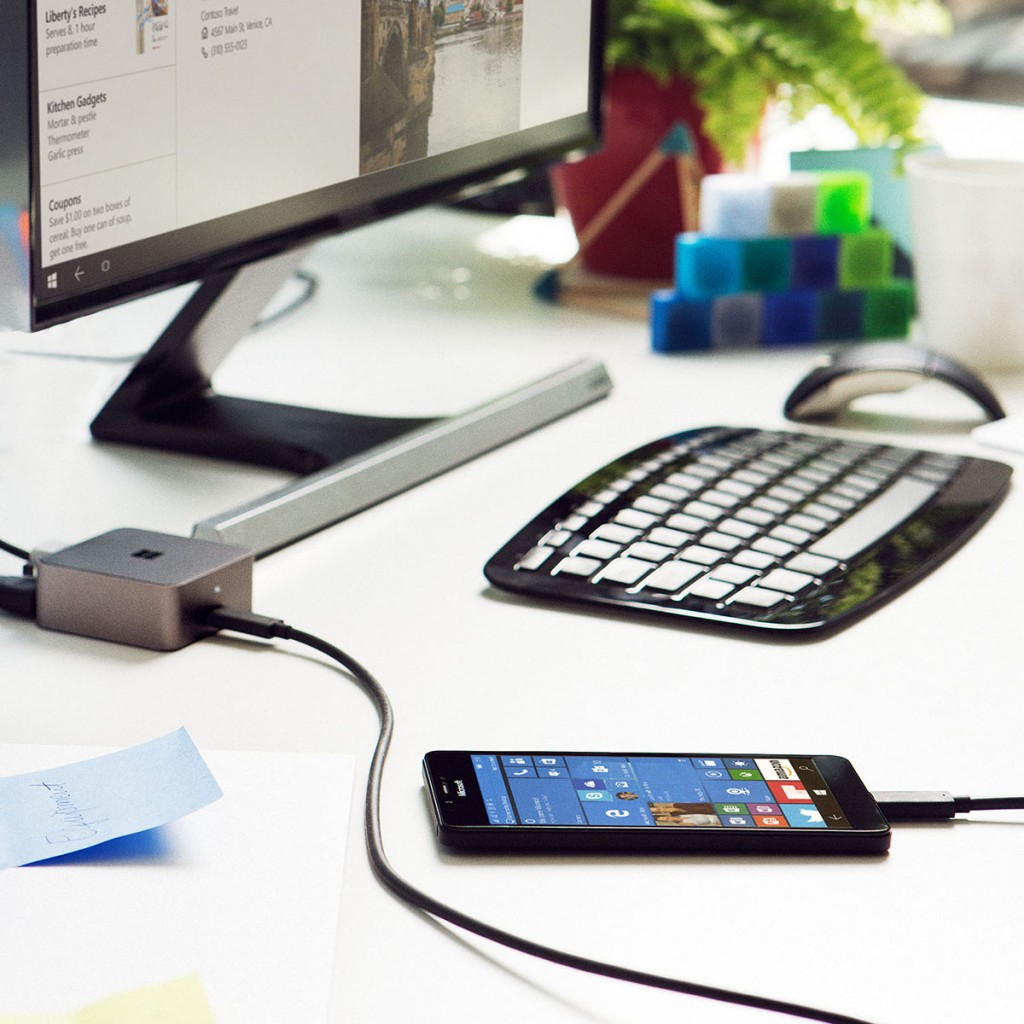 In my previous post, I talked about a new feature and product that Microsoft just announced, which has the potential to change how we use our mobile devices for work. The feature is called Continuum and is a feature of the new Windows 10 Mobile OS coming out later this year. With a phone that supports Continuum, you’ll be able to hook it up to Microsoft’s Display Dock, that has USB and video-out connections. The Dock can then be connected to a monitor, keyboard and mouse, transforming your phone into a tiny desktop PC.

Of course, the technology does simplify things a little – to start Continuum is a feature that is only going to be available on select Windows Phones, ones eligible to be upgraded to Windows 10 Mobile and the handful of new devices coming out soon that will come with the new OS. The Windows Mobile platform is not the most popular mobile OS, so many business users are not going to have access to Continuum. Also, at the moment you’ll only be able to run Office applications and Outlook on the external display. The mobile device doesn’t act like a full-blown Windows PC, since the current hardware doesn’t have the power to do this…yet.

That’s what’s significant, though – the yet. Right now the average business user has to work on a plethora of devices. In the office, they may work on a desktop or a laptop hooked up to an external display. When working remotely when on the road or at home, they’ll either use that same laptop or if they have a desktop also have a laptop PC. In addition, many workers also have a tablet that they’ll use for basic task that don’t necessarily need the power of a full PC but need more than a phone. Then lastly they have a smartphone, which for most users is mainly used as an email and calendaring tool.

From Many to Few

That means that despite to push by many hardware vendors for businesses to adopt hybrid mobile devices such as 2-in-1 laptop/tablets, the average worker is going to be working from up to as many as four devices. That’s four endpoints that have to be configured, managed, supported by IT staff and secured; whether they are personally or corporate owned. In addition, many workers also use their personal PC at home to work from, so that’s a fifth device accessing company data. Realistically, that number is just too many, and the more devices your users work from, the more work you IT department has to do to support them all.

One Device To Rule Them All

In an ideal situation, your company’s users would only have ONE device that they work from. One device that acts as a desktop PC, notebook, tablet and phone. Microsoft’s Continuum feature is the first step in in that journey. Right now, of course, there are still a lot of hurdles that have to be jumped before this vision can be realized though. To start, the Display Dock only allows your phone to work in two modes – as a fully mobile device, or a desktop PC for lightweight tasks.

However, imagine a future where you have one small device that fits in your pocket that acts as phone. Then you can take that same device and slot it into a mobile dock with a bigger screen, transforming it into a tablet. You can then take that tablet and attach it to a keyboard base, and now it’s a laptop…then when you get into the office, you simply slide out the phone from the tablet dock into a desktop top and voila, you have a desktop PC. All the time this device is securely accessing company data stored in the cloud from any place at any time. This is the future or business computing, and its coming sooner than you think.

Hopefully I’ve given you a glimpse at what the future has in store, and how products like the upcoming Windows 10 Mobile and the Microsoft Display Dock will be the beginning of this transformation in how we work. In the third part of this series, I’ll go over some more practical concerns when it comes to preparing for these changes, including the security concerns and the tools that can be used to address them when your users become more mobile. 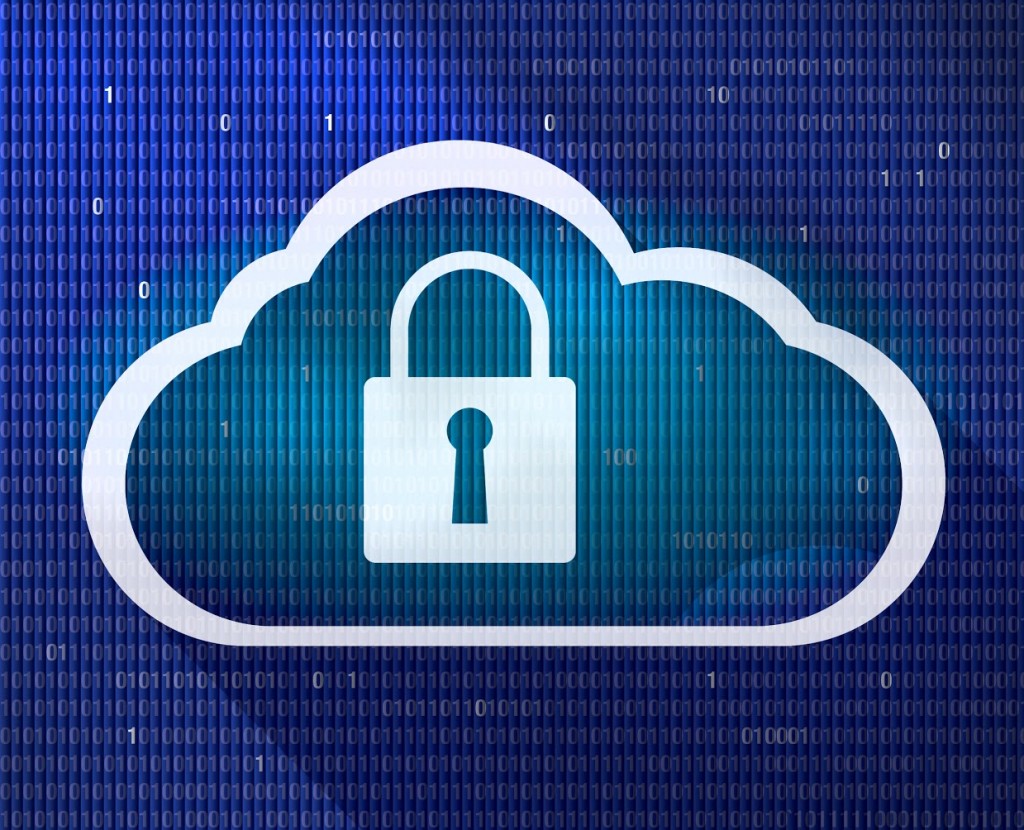 It is difficult to turn on the news without hearing something more about Ashley Madison, and the confidential information of their customers being leaked into the press. The nature of this website makes much of our society giddy with thoughts of friends, co-workers, and acquaintances possibly showing up in the leaked data. I myself have been swept up in lunchtime conversations about this site.

A question that surfaces during each discussion is whether you should look at the personal data being released. I’m going to say that in my opinion, the answer is unequivocally “NO”. Looking at this question from an ethical angle I considered a few factors. Ashley Madison operates a legal business in Ontario, involving consenting adults of legal age. Second, the information is of a confidential nature, and was released publicly without the permission of the users.

Is the release of this information to the public any different from the personal data released by black hat hackers from other companies? When Sony, and Home Depot were hacked, and customer information released, did you seek it out? No you didn’t; likely because you really didn’t care about the information, but hopefully some belief that it would not be ethical would have affected your decision as well.

I am a HUGE advocate for privacy of both personal, and corporate information. My personal information is not anyone else’s business. Your personal information is yours, and everyone else should respect it. Businesses often survive only because their competitors do not have access to their confidential business information. Lanworks survives because we respect our customers’ absolute right to privacy regarding all aspects of their business. This is not restricted to their data, but to all aspects of how they run their businesses.

What if it was your information? What if next time, it is the release of critically important competitive information from your company? What can you do to prevent this from happening? The type of product you may want to explore is called Data Loss Prevention (DLP).

One concept of a DLP is to have it profile your important documents. Then should someone try to send these documents (or even a modified form of them), the DLP can be set to log the event, email an alert to your system administrator, and stop the document transfer immediately. DLP products go well beyond this capability, and are designed specifically to prevent inappropriate data from leaving your company.

This is but one step you can take, in a series of steps, from simple to complex. Think that perhaps you need help with your security posture? Let us know, and we can help.