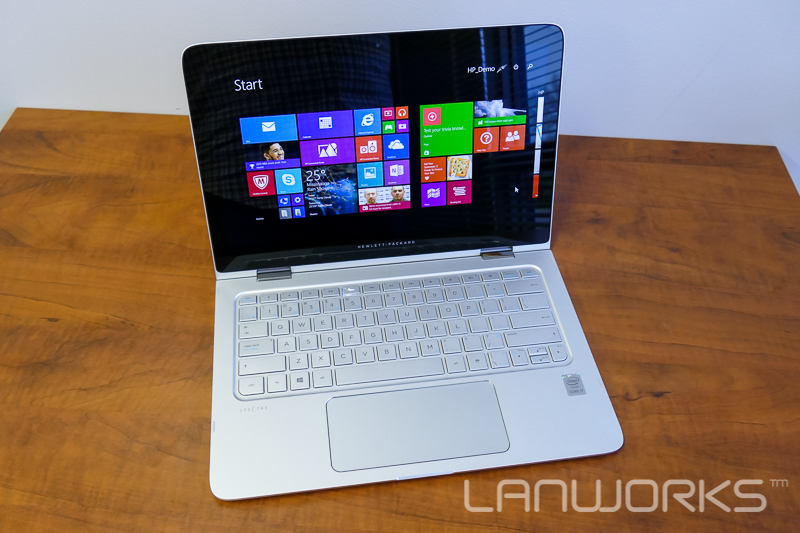 Too often a great looking consumer notebook is released, and I think to myself that it would also make a great business machine. However, there are some big issues when using a computer designed for home use in the workplace, even top of the line models. They run the home version of Windows that can’t be joined to a domain, use processors that don’t support vPro and don’t have the same level of support.

With some changes though to address these issues, a home PC can be made into something suitable for the office. I recently looked the HP Omen Pro mobile workstation on this blog, and that notebook started off as a gaming machine. HP recognized that it would also make a great high-end workstation and made the necessary changes to make that happen. 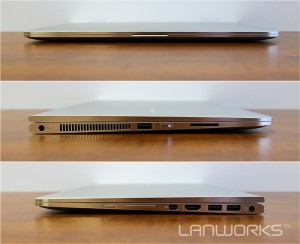 In the Spectre x360 convertible, HP had another candidate that would also make a good business notebook with the right adjustments, and that is just what HP has done. The business model is called the Spectre Pro x360 G1, and it is a premium all-metal convertible notebook perfect for the demanding executive. I got a chance to check a demo unit out and was very impressed, and it is certainly a machine I’d recommend for our customers.

The Spectre Pro is a 13.3-inch convertible notebook but unlike other convertibles, the screen isn’t detachable. Instead, it rotates 360-degrees from the standard notebook position to three other positions. It can stand up like a tent, have the base prop up the display or fold all the way around to become a tablet. The idea of having a convertible notebook is that you will not need to carry around a separate tablet, and two of the positions are great for presentations, perfect for members of the sales team. 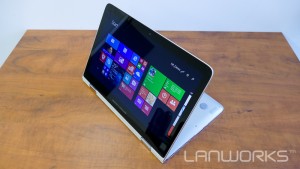 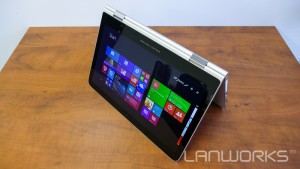 If you have been keeping track though, convertible notebooks (even this kind of 360-degree transforming design) are nothing new, and we’ve been selling them to our customers for a few years now. What is different about the Spectre Pro is that it isn’t an exercise in compromise. As 13-inch notebook alone it is just as capable as other similar sized non-convertible premium business Ultrabooks.

Many other convertibles suffer from poor performance or battery life when compared to other ‘regular’ notebooks. The x360 comes with up to a 5th generation i7-5600U processor, up to a 512GB SSD for storage and up to 8GB of RAM. Its 13.3-inch screen comes in an optional QHD ultra-resolution, and of course since the x360 is also a tablet is a touch screen. The pre-installed OS is Windows 8.1 Professional, but you can expect it to change to Windows 10 Pro once Microsoft releases it later this summer.

Another less tangible business need that the Spectre Pro addresses is the Mac factor. While I don’t disagree that Macs can make great business notebooks, in some organizations Windows is the only choice. However, too often the standard business notebooks many companies issue just don’t look as premium (or Apple-like) as many users would like.

The x360 definitely doesn’t have that problem. It is super thin and light (15.4mm thick and 3.2lbs) and made from aluminium with attractive looking polished metal sides. If you put his notebook in front of an executive hoping to use a MacBook Air, they will not be disappointed, and its premium look will also leave a good impression on your customers. 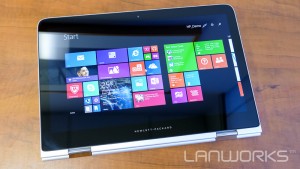 Still, with all the great things about this notebook, it is important that it’s built for business too, and that means more than just preloading the Professional version of Windows on it. Even though it started as a consumer model, the Pro version of the Spectre has a TPM (Trusted Platform Module) encryption chip and uses Intel processors with vPro technology for remote systems management.

While a notebook like this isn’t going to be for every business user, it is still a machine that Lanworks would recommend for users looking for a notebook and tablet replacement. Its flexible 360 screen can be positioned in four different modes to suit different tasks, and it’s the perfect tool for the sales executive who is always on the go. Despite its home machine roots, the Pro version is ready for the workplace with Windows 8.1 Pro, TPM and vPro. If you want to learn more about the HP Spectre Pro x360 G1, please contact our sales team for information.