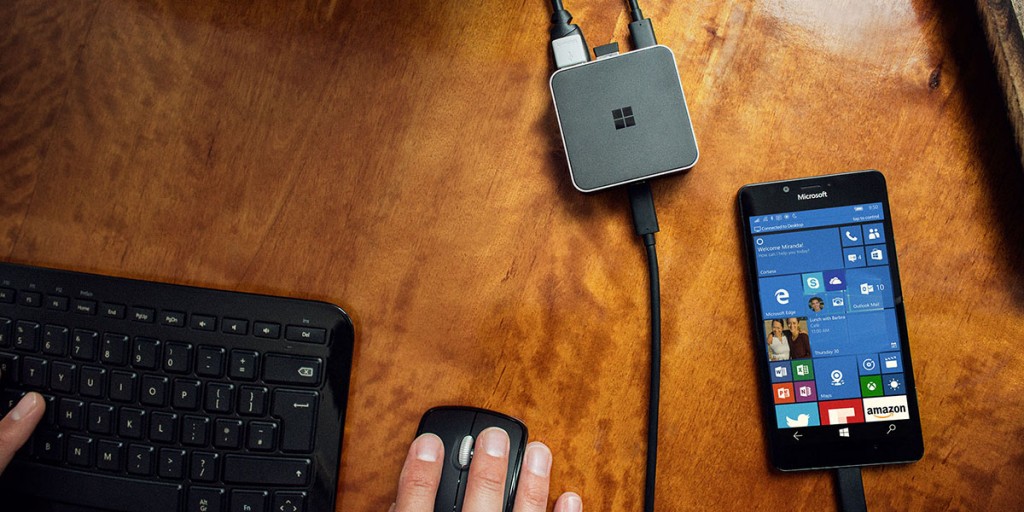 Last week I told you all about the latest version of Microsoft’s core business productivity suite, Office 2016. In that post, one of the topics I talked about was the focus on the Cloud and the “New Way of Working” for today’s office workers. This week Microsoft announced a whole slew of new hardware products, including a new Surface Pro tablet and its first notebook, the Surface Book.

However, amongst all these big announcements, there was one product that has exciting implications of how employees will want to work in the future; something businesses have to be prepared for.

At the event, Microsoft announced two new Lumia phones that will run Windows 10 Mobile, the latest version of its not too popular mobile OS. Although the specs of these new phones look great, I’m not saying that these new phones themselves will transform your business.

Despite that, what I’m most excited about is the Microsoft Display Dock. The dock is a new feature of the Windows 10 Mobile, Continuum. The dock allows you to connect the new Lumia phones to an external display, keyboard and mouse…

Leave The Laptop At Work

…which turns your phone into a tiny desktop computer. This means all you’d need to carry with you, instead of a laptop or a tablet, is a phone and the dock. Then wherever you have access to a display, you can just plug it in and work right from your pocket-sized device on your work documents stored in the Cloud.

Being able to work on a bigger screen with full-sized input devices, instead of having to try and edit a complex spreadsheet on a 5-inch display will make a huge difference. The dock doesn’t impede the phone’s functionality, and you can still take calls and send texts from at the same time. 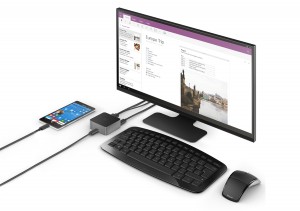 It’s Only The Beginning

Of course, this is an overly simplistic and optimistic view of how this technology works, and I understand that there are still many limitations. For example, right now the Continuum feature is designed for you to run Office 2016 applications like Word, Excel, Outlook and PowerPoint. Don’t expect for your phone to becoming a full blown PC that can run any application. Mobile devices simply don’t have the power for this right now.

Another limitation is that while this, for example, will be a great way to take your work home, since setting up a monitor, keyboard and mouse for this is easy to do, it doesn’t work as well for more mobile workers. It’s not like every coffee shop, and airport lounge is going to have stations set up to do this. If Continuum is going to take off, Microsoft needs to develop a mobile dock too that is a laptop-style keyboard and display with a slot to slide the phone into to power it.

Still, this is only the first generation of this new technology and does point the way to how our mobile devices will eventually become the primary tools that we work on. What this means for your employees and your business is something we’ll cover in our next post.