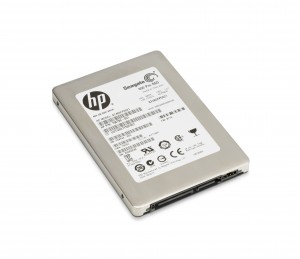 In my previous post I said that the most important factor in choosing an Enterprise SSD had yet to be discussed. Unlike mechanical hard drives, SSDs have a defined number of times which you can write data to them before failure becomes likely. This is referred to as the “Write endurance specification.”

The warranty on Enterprise SSD drives defines the limit as the amount of data that can be written to a disk during the warranty period, and should you exceed the limit, the warranty is invalid regardless of the age of the drive.

Okay, so what are these limits?

Each drive model has a specified limit, and looking at a sample of drives I see lifetime Write Endurance limits ranging from 40 TB to 38.3 PB (38,300 TB). When I first saw these numbers I thought they were so high, no one would ever have to worry about exceeding them. My gut feeling was that none of my hosts would ever get anywhere near these numbers.

I wanted to substantiate my feeling that these Endurance limits were high enough as to not be a concern. I randomly picked one of our vmware ESXi hosts, and used a cumbersome command line procedure to collect the disk blocks written data.

Using Excel I converted this data into a bytes-per-day average, and extrapolated the data over a year. Based on the data collected, this single host would write about 25 TB per year, or 75 TB over the typical three-year warranty period on Enterprise drives.

Our hosts are typically not very busy, yet the one used for these results still managed to write about 25 TB of disk data per year…this surprised me. Keep in mind that much of the disk activity on a Windows Server is essentially invisible to us. The operating system, and applications write to a swap file, log files, and cache files almost continually. Just as Windows is chatty on the Ethernet network, it is also chatty on the storage network.

Also in a virtualized environment, the physical host typically writes a memory swap file to disk for each virtualized machine, as well as snapshot files, and log files. There is a lot of disk activity, even when it may appear that little is happening.

So should you worry about Write Endurance limits?

If you are looking at using the low end Enterprise SSD drives, especially in a busy environment, it would be prudent to do your homework and determine how much data your hosts actually write to disk, before you make your purchasing decisions. You want to make sure the drives can handle the activity level to not only keep your warranty valid, but more importantly not be unexpectedly crippled by failed drives.

Once you get into the Medium and High Endurance SSD drives, the Write Endurance limits are so high, that except for some special use cases, you should be fine. These “special use cases” may include very busy database servers, large volume document scanning applications, and post production video processing, to name a few.

You now understand enough about Enterprise SSD’s for that meeting with a vendor’s sales representative, or your geeky co-workers. We have seen in the first post that there is a wide variation in performance of different SSD drives, and in this post discovered that as fast as these drives are, they have a clearly defined life expectancy, which may be a more important factor.

In an upcoming third blog post on Enterprise SSD’s, I want to discuss why making purchasing decisions based on disk IOPs claims, and “all flash storage” might not buy you what you think.

If you have questions, comments, or need other assistance, please let us know. I would appreciate feedback as to whether this post was useful, or put you to sleep.